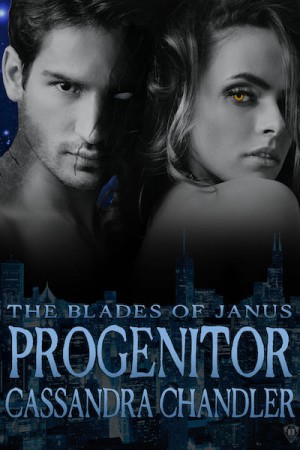 The Blades of Janus protect both humans and dwellers, working to find a way to coexist peacefully with the alien beings who have integrated with Earth’s myriad life forms. Most of these elite warriors don’t realize just how personal a mission this is for their leader, or the various sets of “twins” who run each Blades base.

Lost and alone, Meg jumped at the chance to join a pack of werewolves as a child. She soon discovered they weren’t the loving family she’d hoped—especially after the Blade known as Dexter entered the picture. Her mission is to destroy him and all of the Blades of Janus, and to bring Marcus and Tessa into the pack, where they truly belong. The only way to do that is to find the man who founded the Blades and end him once and for all.

But the Blades’ leader carries darker secrets than she ever could have imagined, and when she finally gets her chance for revenge, she can’t decide whether to kill him or take him as her mate.

Available on these retailers:

(THE BLADES OF JANUS, Book Two)

Meg stared up at him with unfocused eyes. She swayed a little as Tessa hit the door hard enough to shake the floor.

“Wow, did the earth move for you, too?” Brock let out a chuckle, trying to cover for the cheesy line.

Meg glanced over at the door, then back to Brock.

She ducked down, wrapping her arms around his waist and hefting him onto her shoulder. “Someone, please open the door to the closest van.”

“Dammit, Vaughn, you are so fired,” he said.

“Okay, but remember this is my house, and technically all the tech belongs to me, and I’m the only one who understands it or can make more or new things,” Vaughn said.

Meg tossed Brock into the van, then stepped back. He heard her say, “I’m sorry,” once more before the door slid shut and clicked, blinking red lights along its edge letting him know he was well and truly trapped.

“Vaughn,” Brock yelled, climbing to the front seat so he could at least see.

Vaughn’s voice sounded from the van’s internal comm system. “I didn’t want to say this in front of your new girlfriend, but I also fund all of the Blades operations worldwide, so firing me really isn’t an option.”

“Is kicking your ass an option?”

“I don’t like threats,” Vaughn said. “And you’re lucky Marcus didn’t hear you say that. He’s very protective of me, you know. And before you get any ideas, Porter has my back one hundred percent on this. I mean DP.”

DP, who had stopped trying to get back into Brock’s consciousness. Which meant they were planning something, waiting for the best moment to crash through his defenses and kick him back into his own body again.

Tessa’s fist broke through the door, gleaming chrome and blue streaming lights humming along its surface. She widened the opening, her snarls and growls echoing in the room.

“Is Marcus even trying to control her?” Brock said.

Vaughn was silent for a few moments, then said, “She also told you she can handle this.”

“I know you hate shocking Tessa, but you have to be ready to—”

Tessa pulled her arm back through the door. Everything went still. The only sound Brock heard was his own panting breaths.

With a loud crash, Tessa kicked the door so hard it flew from its tracks, skittering across the floor. She stepped over the threshold into the garage, pulling herself up to her full height.

Reddish-brown fur covered her body. Long ears rose from the sides of her head and a muzzle dominated her face. Her eyes gleamed gold so brightly it was hard to look at them. Her lips peeled back from wicked-looking fangs that were three inches long.

She took two steps toward Meg, fingers curling and uncurling as claws sprouted from both her “natural” and her cybernetic hands. Vaughn had gone a little overboard trying to make her new arms match, in both forms.

How the hell did he even do that?

Tessa’s nostrils flared as she sniffed the air above Meg. Brock could see everything from his elevated seat in the van. Another werewolf appeared in the doorway, staggering to the side of the frame and leaning one clawed hand against it. He rubbed his throat with is other hand and shook his head. Dark black fur covered his body.

Maybe this would work after all. Marcus wouldn’t let Tessa hurt Meg. Right?

Meg was still smiling. Tears streamed down her face. She lifted her arms, as if offering Tessa an embrace.

Tessa reared back, letting out a howl that sounded more like a lion than a wolf. Then she jerked her head forward, her jaws snapping shut on Meg’s shoulder at the base of her neck. 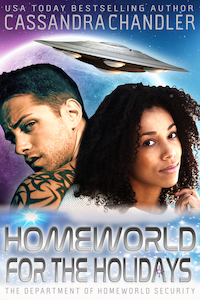