Tied up in Customs is only a few days away from its launch! The official release date is Tuesday, June 27. 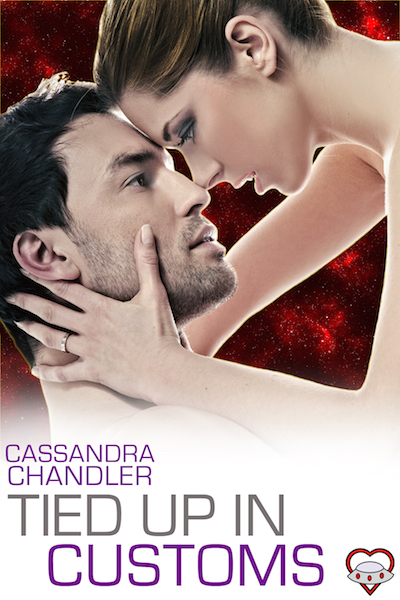 As the day draws nearer, I have more goodies to share with you—like its blurb! Read on for that and more…

I’m super-excited about this one not just because its part of one of my favorite series, but also because it’s the first long(ish) fiction piece I’m putting out there since I released Pack last September!

I’ve been incredibly busy with returning my back list to the shelves and making the print compilation for the first three Department of Homeworld Security novellas that I’ve been dreaming of holding in my hands since the first novella was released back in October of 2015.

In addition to that, I released print and digital copies of a writer’s craft book, an Indie short story set in my superhero series world, and a traditionally published short story in the awesome Gone with the Dead anthology from Riverdale Avenue Books.

But now I’m back to exploring the Department of Homeworld Security series, with three new novellas coming out soon, starting with Tied up in Customs next week!

Without further adieu, here is the blurb. Enjoy!

On the battlefield of desire, he has the advantage.

Eric Peterson is a man on a mission: get his AWOL asset, Brendan, back to work on a classified communications relay his superiors want finished yesterday. When Eric tries to reconnect, a gorgeous—and strange—woman shows up in Brendan’s place, claiming to be an alien on a mission to save the planet.

Sorca has been sent to bring Eric to the Arbiter so that he can join the Department of Homeworld Security…or receive a mindwipe if he’s not interested. As the strongest soldier in the Coalition fleet, her plan is simple—ask him nicely, and if he says no, take him anyway. But the more contact she has with the Earthling, the more her thoughts turn from battling the human to bedding him.

Can they let go of their missions for long enough to follow the orders of their hearts?